What you should know about horses

The horse (Equus caballus or Equus ferus caballus) is a four-limbed mammal. Horses have been long time the most economically important domestic animals and have played a special role in transporting people and cargo for thousands of years. A horse is a pet it originated from a wild horse. Under the influence of food extraction and defense conditions from the enemy, the horse developed the ability to run fast. The horse has long, thin, and strong legs that end in a single well-developed toe. The finger is covered with a large and cool hoof. Because the horse has only one toe on the foot, reduced foot friction on the ground. This makes it easier for the horse to run fast. The horse's distant ancestors had more fingers, but then, in the process of adapting to existence in the open dry fields, the number of fingers gradually decreased. Even now the horse has two very small bones in the skeleton of its leg, called griffin bones. To defend oneself from enemies, the ability to run fast alone would not be enough, a horse would not have the ability to also notice the approach of the enemy. 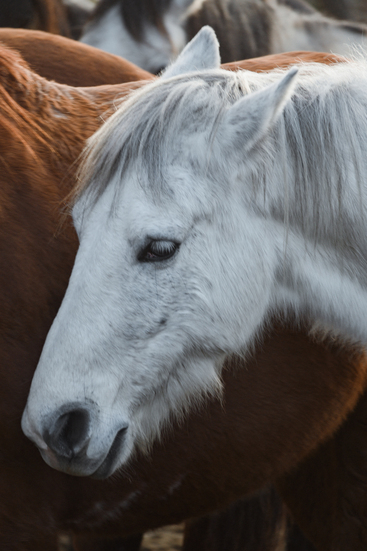 The horse has good eyesight, hearing, and smell. A relatively high neck above the neck allows you to see the enemy from a distance. High-pitched ears and large dampness testify to the horse's sharp hearing and smell. Horses originating in the field were initially bothered by flies and other insects. Against them, the horse can move the skin and thus scare away insects. A long tail also helps the horse repel insects.

A horse is a grass-eating animal. Her teeth and gut are also built according to plant foods. The horse does not eat food, he must graze food on the pasture. It, therefore, has very well-developed teeth, which is why its jaws are also long: long jaws give the horse its elongated shape. The front of the upper and lower jaws have six large and six inclined incisors. With these cutters, the horse grazes the grass. The fang only has stallions, but they are very small. The incisors have a toothless distance behind the jaws, followed by six main teeth on each side of both jaws. The main teeth are large, and their surface is flat and covered with enamel wrinkles. Through such teeth, the horse chews grass, hay, and other plant foods very well. The horse's stomach is large in volume but simple in construction, it is not divided as in living things. The horse, on the other hand, has a much larger intestine than the living. Hard-to-digest plant foods are partially digested in the small intestine. 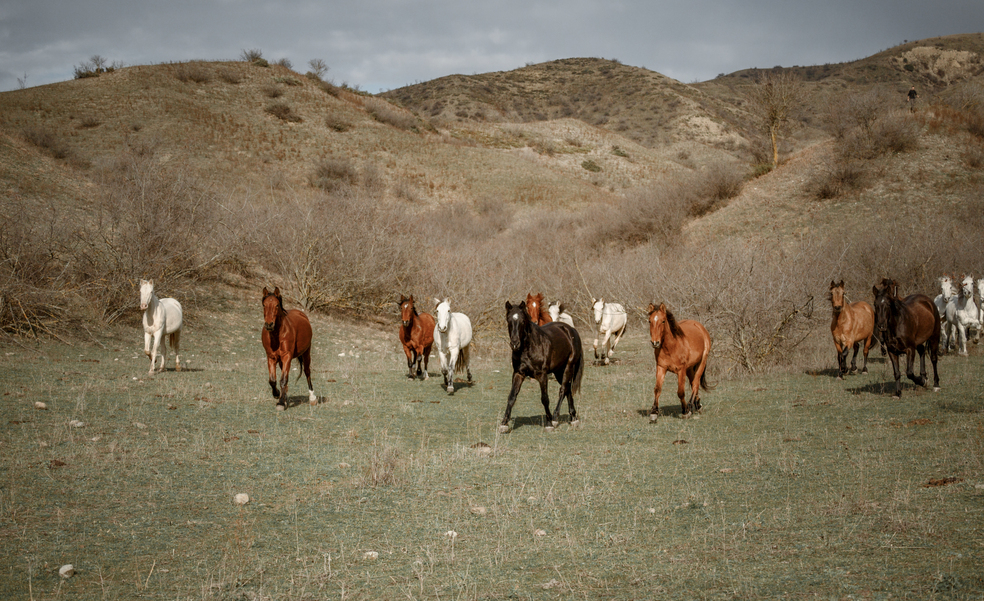 The total length of a horse's intestines is only 10 times the length of the body, while in livestock the intestines are 20 times the length of the body. Therefore, the horse is less accustomed to eating large amounts of raw food, it needs more nutritious food such as barley or oats. The lifespan of a horse reaches 30-35 years, sometimes even 40-50 years. A horse gives birth to one calf, in rare cases - two. The newborn calf, a few minutes after birth, can stand on its feet and soon even chase after its mother. Domestic horse breeds are diverse. They specialize in the work to be done. Examples are seat, race, and heavy load-bearing horses. Many local horse breeds have been created in our country. Tush and Megrelian horses are notable among the local breeds of horses in Georgia. The Tush horse is well accustomed to existence in the mountains and is widely bred in eastern Georgia. He is considered a good saddle horse. The body is relatively small (height does not exceed 140 cm). The megrelian horse is widespread in western Georgia. He is a good worker-horse and also a fast-moving. Height is relatively small (height reaches 135 cm).