The purpose of our trip to Georgia is to explore 2 distinct mountainous regions: Khevsureti and Tusheti with their pristine nature, national parks, and unique culture.

At 9 a.m., we left Tbilisi in the direction of Shatili. At 3:30, we arrived in Shatili where we met our guide and the horses with whom we had to travel for the next 4 days.

The guide introduced us to the route and expected issues, selected the horses according to our capabilities and experience, and we went to see the unique architecture and towers of the village.

We had dinner at 7 pm and stopped at a guesthouse in the ancient tower. The next morning, at 8 o'clock, we had breakfast, harnessed the horses, said goodbye to our host family, and set off for the village Mutso. On the way, we stopped at Anatori and got acquainted with its tragic history, which was destroyed by the Black Plague in the XVIII century.

The road from Anatori leads to the river bank, and on the way, we came across small settlements where people are no longer living, and only a few people met us.

Shortly we arrived at Mutso, which is a unique cultural heritage site. We left the horses and walked up 200 meters to see the village. After Mutso, we passed another village Khonischala and started hiking up the mountain along a narrow path along the forest slope. Another 2 hours and we rode to Khidotani where we set up tents and camped.

On the third day, at 8 a.m., we had breakfast, prepared ourselves, and rode up the mountain ridge. We went to a large field half an hour later, which is located on a mountain ridge and overlooks the narrow valleys on both sides, from where there is always a cold breeze. We rode horses on the field and competed with each other. Then the trail followed the mountain slope, and we reached the bottom of the pass, where we rested, drank water, and grazed the horses.

After 40 minutes, we climbed Atsunta Pass (3500 m), which connects the 2 mountainous regions: Khevsureti and Tusheti. The beautiful views from the pass unfolded on both sides. After taking memorable photos, we started the descent, and 3 hours after we arrived at the campsite. 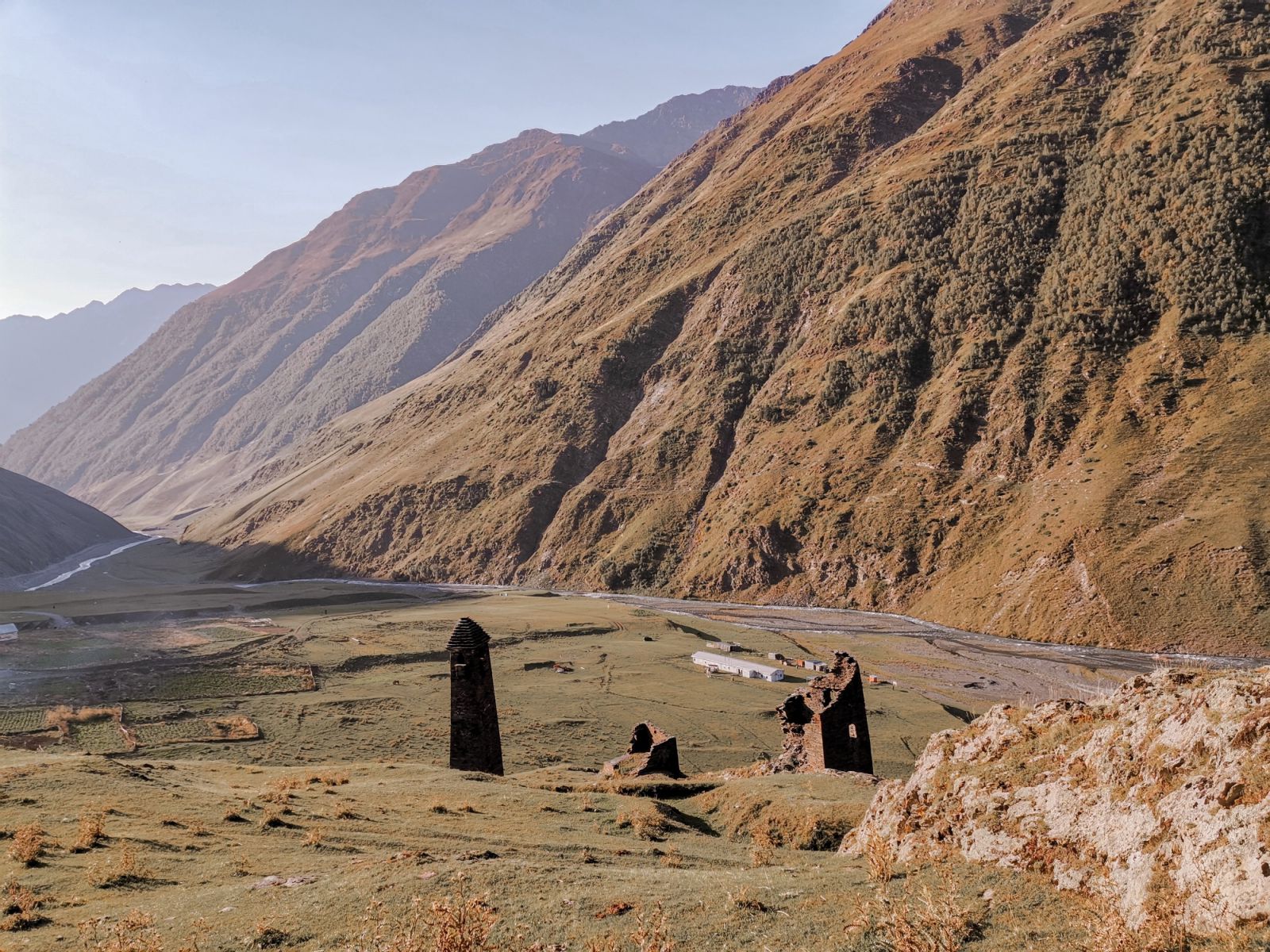 On the fourth day, we had breakfast again at 8 o'clock, got ready, and started the journey. The trail mostly follows the mountain slope and goes to the villages of Tusheti in a narrow gorge. On the way, we also met shepherds who had sheep grazing on summer pastures and made Tushetian Guda cheese. Two hours later, we passed the ancient village Tchontio and arrived in the village Girevi, where we stopped to check the pass with the border police. From the Girevi we rode by road to the village Chesho, where we stopped at a guesthouse.

On the fifth day, at 8 o'clock, we had breakfast, prepared, and went to the village Dartlo, which is on the tentative list of UNESCO World Heritage Sites and where the oldest court is located dating back to the XII century. Dartlo is also distinguished by petroglyphs engraved on the walls of the houses. We continued on the road from Dartlo to the village of Chigo. From Chigo we crossed the Sanare pass (2500 m) to Diklo and at 5 p.m., we arrived in the village Shenako, where we stopped at a guesthouse.

On the sixth day, we had breakfast at 8 o'clock, said goodbye to the horses, and left for Tbilisi by car.